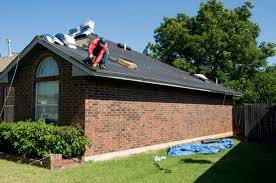 Curious if Kangaroo Contractors can "absorb" your deductible? And how this works? Our peer, Chris Tulp of Premier Roofing Company in Denver, Colorado nailed this topic right on the head. Check out what he has to say about this situation:

"How is it that roofing contractors are "waiving" deductibles?

Well, in the simplest of terms, they\'re fibbing to the insurance and mortgage companies. A homeowner\'s insurance policy is a contract between the homeowner and the insurance company. Per this contract, homeowners trade annual premiums in exchange for protection from catastrophic damages to their properties minus a deductible. Just as you would have the legal protection if your insurance carrier were in breach of contract and refused to pay a claim, your insurer has legal protection from you if you fail to meet your obligations (i.e. you or your contractor provide inaccurate information to save on your deductible or premiums). Many contractors will advertise that a yard sign can be used as an \"advertising credit\" for the deductible amount. If they are planning to invoice for the full insurance claim, they must divulge in their invoice to the insurer the cost of work to be provided on the project. If they are charging the insurance provider $10,000 for work they actually do for $9,000, the roofer is inflating the price for goods sold to account for this discrepancy. Insurers would balk at the notion of subsidizing advertising for contractors…if they knew about it of course.

If an insurance company knows the work is being completed for less, they will provide less money. For example: If the insurer finds out that the homeowner was able to complete the work for $9,000 instead of $10,000, they would only release $8,000 total instead of $9,000 - again forcing the insured to pay the $1,000 deductible to the contractor. Long story short - the discrepancy between the price billed to the insurer and the price billed to the homeowner is technically a breach of contract between the insured and the insurer - regardless of whether it was facilitated by a contractor.

Some roofers will argue that it is entirely up to the contractor to decide what they are doing to get the work. If they want to pay a customer $1,000 to get their business, they should be allowed to do that regardless of whether an insurer is involved because the market should dictate what the acquisition cost of a customer should be. If the contractor is literally cutting a check back to the homeowner for \"advertising\" technically this would require that a Form-1099 be issued to the homeowner as the Federal Government requires transactions greater than $600 to be declared and for the homeowner to pay income tax on that transaction. I doubt contractors that cut checks back to homeowners are collecting Social Security numbers and properly filing their taxes for them - leaving another important detail out of the conversation.

Whether this is a crime for which homeowners or restoration contractors are likely to get caught is an entirely different argument as I wouldn\'t recommend trying it either way. It strikes me as sketchy at best to falsify information you give your insurance company or to work with someone offering to do it for you. How many legitimate companies have at the center of their business model a plan to provide misleading information to the party cutting the checks?

By the same token, I can see why it happens so often: If I were new to the insurance claim process and a seemingly legitimate restoration contractor offered to absorb my deductible, I wouldn\'t think for a minute that I could be in breach of contract.

In the end, if your insurer were to catch you or your contractor, my guess is that your contractor wouldn\'t take all of the blame. So be cautious with contractors like these, they may be cutting corners on your project, or worse yet, putting your name on a falsified invoice they provide to your insurer. In the end, the old adage: \"If it sounds too good to be true- it is,\" explains everything better than I can, so be sure to do your research and choose a company with a long track record of customer satisfaction. Don\'t let your guard down; check references, never give money to a contractor before the materials show up, and make sure you\'re not getting put in a situation where you may be breaking the law just to get a \"better deal."